Amazing adaptations from page to screen 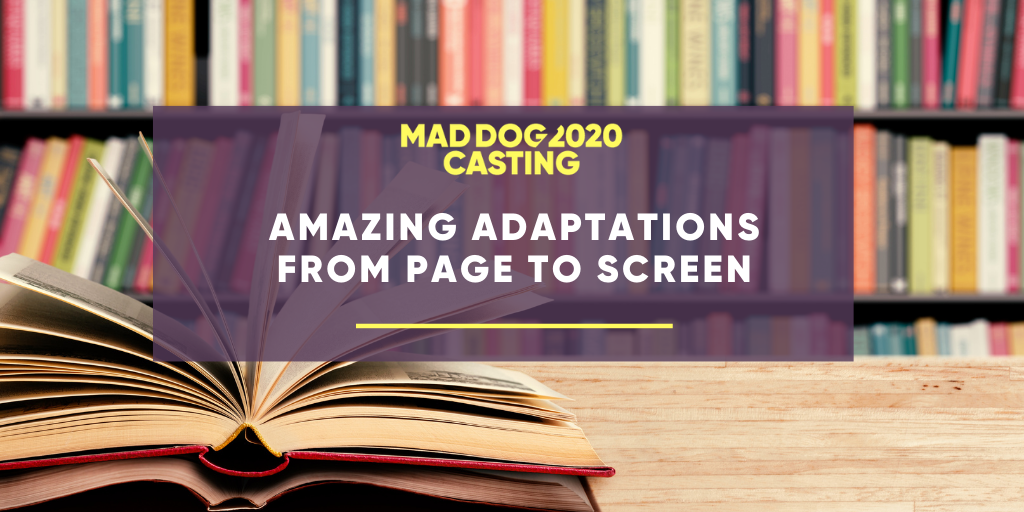 This Sunday sees the annual Roald Dahl day celebration return once more, celebrating one of the greatest storytellers of all time. This is certainly an excuse to sit back, relax and watch your favourite Roald Dahl adaptation on screen. From Willy Wonka and the Chocolate Factory to The BFG and Matilda, the list is endless. This made us think about some of our favourite film and TV adaptations so we decided to re-live the magic of some stand-out productions we’ve been a part of.

Mad Dog 2020 Casting are no strangers to independent films or Hollywood blockbusters. We have provided Supporting Artists for some of the most renowned film and TV productions to date. We’ve recently provided SAs for the upcoming reboot of Death on the Nile, as well as next year’s Everybody’s Talking About Jamie. We cant wait to finally see them come to life on the big screen!

We love working on reboots, remakes and adaptations because it always brings around new challenges for our Project Managers. Adaptations are certainly coming back with a bang right now, are you a fan or do you prefer an original?

Adapting well-loved literature is a tough task, but one success story was last year’s BBC adaptation of His Dark Materials. We cannot contain our excitement for the next instalment with series 2, check out the latest trailer below!

His Dark Materials Series 2 – coming November 2020 to BBC One

The first series received a welcoming response not only in the UK but across the pond too, We previously worked on the first series of this incredible show and we cannot wait for audiences to experience the second series this winter. Series two will be bigger and better, with brand new locations, characters and costumes, and the returning all-star cast. Mad Dog 2020 Casting provided a range of Supporting Artists for filming in South Wales, including guards, witches and Magisterium men. We were also lucky enough to get a sneak peek of the set based at Bad Wolf studios to experience an up-close look at some of the brand new sets. We will not give away too much, but we can share that the sets and props are out of this world!

Brave New World was originally a ground-breaking, dystopian novel written by Aldous Huxley in 1932. BNW has never been adapted for cinematic release, however, there have been two previous TV productions airing in 1980 and 1998. This time round Sky TV are championing the novel, with no imagination spared.

Sky TV is currently producing high quality, unmissable TV series, almost dominating the world of TV in a bid to keep up with streaming giants Netflix and Amazon. If you’re searching for the next dystopian drama to add to your watch list, you’ll definitely want to get lost in Brave New World.

During filming our team was invited to set to watch our amazing SAs at work. Experiencing the magnitude of the Brave New World production was an unforgettable experience for the team. We can’t wait to see all of our supporting artists bring Brave New World to life. There is no confirmed release date for this production yet, but we can assure you it’s going to be a spectacle to behold! Keep an eye on the Mad Dog 2020 Casting Social Media channels for updates on the Brave New World release date.

Is your production looking for supporting artists? Get in touch with Mad Dog 2020 Casting to find out how we can provide the best in background casting for your upcoming TV series.