Halloween Hotlist – What to Watch 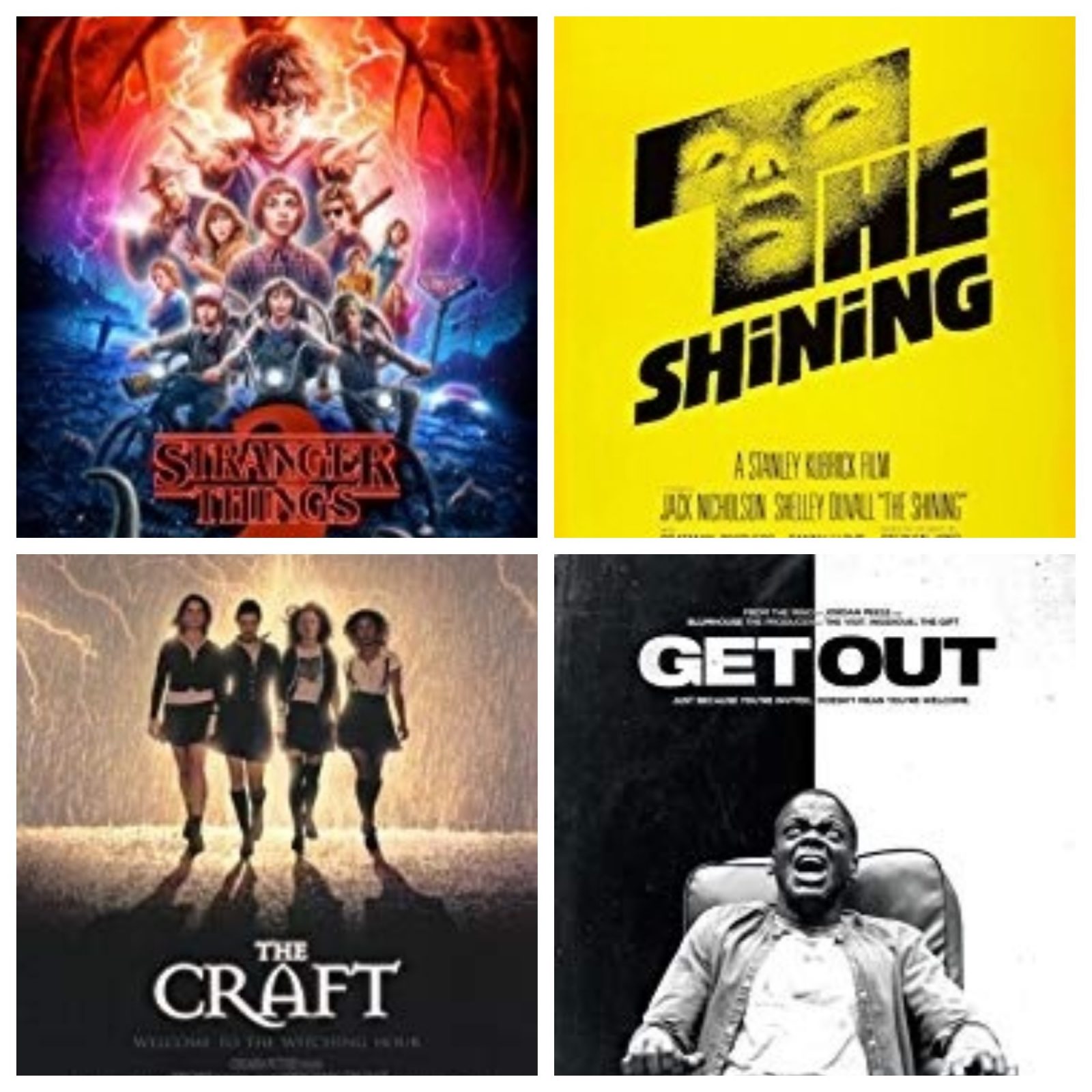 If you’re planning a night in this Halloween and wish to avoid the tricks and just enjoy the treats that horror-based cinema has to offer, take a look at our selects for your Halloween watching. From the old to new, TV to film and thrilling to downright gory, we’ve covered the different types of viewing you might wish to enjoy:

The making of this movie sounds as difficult as it is to watch (if you’re not a horror movie fan). Famous for his favour of numerous takes, Stanley Kubrick adapted Stephen King’s novel in 1980 and reportedly, King wasn’t a fan of the film. From constant script changes to production running over by not days or weeks but months, the struggles of all involved paid off making The Shining a cult classic.

‘High Brow’ Halloween: Get Out

Jordan Peele’s stellar directorial debut is a disturbing yet brilliant film that is one of just a few horror films to be nominated for the Academy Award for Best Picture. The twists and turns of the film’s storyline along with the visceral cinematography keep you on the edge of your seat with a knock out performance from lead, Daniel Kaluuya. The story follows an interracial couple who go to visit her parents and the events that unfold are not your usual ‘meeting the in-laws’ (no matter how bad that can sometimes go!) A 5-star film, that we’d watch any time of year!

A recommendation for the few people that haven’t already seen it! Apparently, the series’ concept was developed based on what was proving appealing to Netflix viewers – 80s and Sci Fi. Those of us in the office who aren’t big fans of the horror genre agree that though jumpy, this is a manageable (and enjoyable) watch. With more easter eggs and 80s references than you can shake a stick at, the gripping story line follows the ‘upside down’ (a supernatural parallel world) in a small town in the USA. Once you’ve enjoyed the first 2 seasons, you can look forward to season 3 which is due for release in 2019.

Influencing the 90s fashion trends year round, this film is a hot pot of witch craft, teen angst and knee high socks. The film follows four High School outcasts and their exploration of witchcraft, and while it probably isn’t a film you need to watch again and again, it is still a good addition to your Halloween watchlist and perhaps a source of Halloween costume inspiration! Reportedly, there were some spooky occurrences on set that actually interrupted filming, such as losing power as they were actually using pagan witchcraft language…

A gruesome torture game-based film that has since spawned 7 follow ups, the Saw series is not for the faint hearted. It is one of the most profitable horror films of all time and the original Saw movie was initially intended to go straight to video release! If gore, terror and mind games are your thing, this is right up your street. The basic premise is a man dictating two other men’s fate in a ‘game’ of life or death…