The Irregulars: Why we are ready for another Sherlock Holmes story with a twist 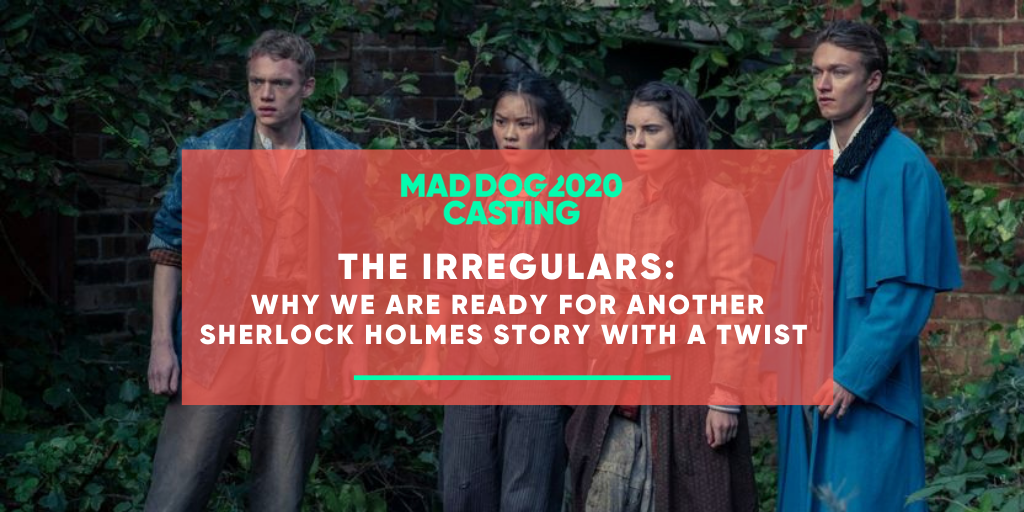 Based on the works of Sir Arthur Conan Doyle, the new Netflix series introduces audiences to a brand-new take on a Sherlock Holmes series. A period drama with new characters, supernatural elements and pop soundtrack, The Irregulars is certainly the next series to add to your watchlist.

Who are The Irregulars?

Set in the underbelly of Victorian London, The Irregulars follows the adventures of a gang of misfit teens acting as sidekicks to Sherlock Holmes and Dr Watson. Convinced by the famed duo to solve supernatural mysteries on their behalf, the troubled teens embark on some terrifying escapades which lead them to face the challenge of saving the world.

A new Holmes and Watson story

We have been graced with several Sherlock adaptations in recent years, from spin-offs to reboots and Netflix’ recent Enola Holmes. So, what makes The Irregulars worth a watch?

If you’re a Sherlock Holmes superfan then you may be surprised to learn that the man himself and his famous companion are not the leading characters this time and a far more mysterious duo is on offer in this new adventure. The series takes a fresh spin on the classic Holmes and Watson stories audiences seen before, shining the spotlight on The Baker Street Irregulars instead, who appear in three of Conan Doyle’s literary works.

This is a mystery, it’s more serialised and it doesn’t rely on Sherlock’s powers of intuition… It’s more of a gang show. And of course, it’s supernatural and horror, so that immediately bumps it into a different territory.

We supplied Supporting Artists for the latest spin on the Holmes inspired series, and Senior Project Manager Jill Gilogley, our Head of Scotland and the North, told us how she enjoyed casting this take on the literary legend.

It was a fantastic experience working on the background casting for this production, which combines fantasy elements with the traditional period style dramas we all know so well. Ensuring that we maintained a diverse and inclusive casting approach was really important for this production and I can’t wait to watch the series!

Jill Gilogley, Head of Scotland and the North

Your next binge-worthy watch

When the production was announced back in 2018, The Irregulars became a highly anticipated series so audiences will be in for a treat with today’s steaming premiere. The gruesome sci-fi edge and terrific visual effects are reminiscent of another Netflix hit, crime-thriller The Alienist. If you are looking for a relaxing, easy to watch show for all the family – this is certainly not it. The Irregulars will keep you on the edge of your seat all night long.

The Irregulars is streaming all 8 episodes on Netflix from today.