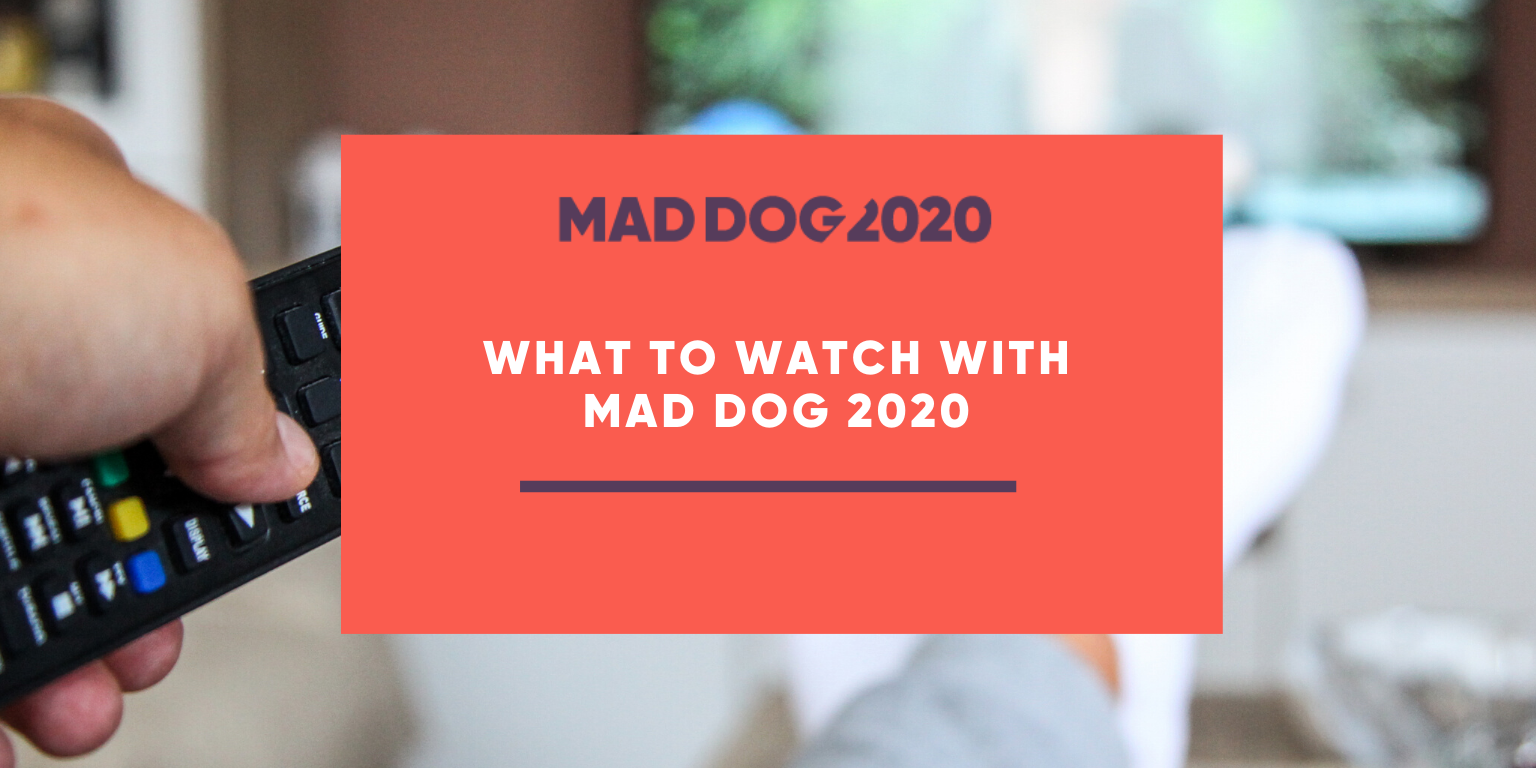 Mad Dog 2020 are proud to have worked on some of the most exciting and well-loved television programmes to be broadcast on TV right now.  This week, we wanted to share some of the exciting productions that we’ve been working on. Take a look at some of these superb shows:

Mad Dog 2020’s Jess Harding (Head of Casting – London) worked on the limited series Quiz  last year, casting Supporting Artists for the TV depiction of the famed 2001, Who Wants to be a Millionaire scandal.

Quiz  was brilliant fun to work on – it was a great AD team to work with and we had lots of Artists on set and heard some great stories of their experiences watching the likes of Michael Sheen and Helen McCrory in action.  It’s one of the best jobs I’ve had the pleasure of working on.  We had to supply SA’s for various roles in the show.  One of the exciting parts of casting was that everyone needed to fit a niche look of the early 00’s (which had some questionable hair styles and fashion choices!).

We had over 1000 artists on set. These included 200 Who Wants to Be a Millionaire audience members as well as ‘crew members’, the entirety of the court scene, country pub goers and early 00’s ITV staff. It was a very exciting brief to work on.  We supplied a number of featured roles too. To name a few, these included the accompanying detective to DS Ferguson (played by Martin Trenaman), the camera man and some of the speaking roles in the early pub quiz scenes.

What were your favourite roles to cast?

The infamous ‘Syndicate’ members – did it exist? Who knows?!

Have you seen the show, what did you think of it?

I was ready and waiting at 9 pm on the first day of release! It was very different to what I was expecting (it was a lot more comedic than I anticipated!) but I really enjoyed how refreshing it was to some heavy dramas. I loved was seeing all of our SA’s on screen, they did a fantastic job bringing the scenes to life, and it was great to see spot so many Mad Dog 2020 faces!

Derek, had a small featured role as an ITV cameraman during the famous ‘coughing episode’ of Quiz, this is what he had to say about his experience on set:

“Being one of the 4 on-screen cameramen we were actually right in amongst the real crew filming. We were taking fairly accurate camera shots as they were filming our viewfinders and there were in-studio monitors. The funniest thing for me is I actually used to be a cameraman at Teddington Studios back in 2004: when I got on this set I found that the vintage cameras they had hired were the EXACT same ones I used as a cameraman at Teddington – It was like getting into a warm bath again using that kit.” 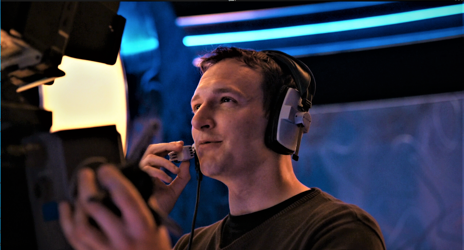 Derek as the ITV Cameraman in Quiz – ITV studios 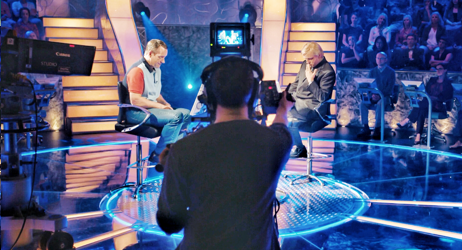 “It was a great experience, Michael Sheen’s Tarrant impression was incredible to be in the room watching from 5 foot away. We even managed to grab a line each as cameramen which was terrific experience being directed by Stephen Frears. I’m right at the end of the third episode, calling the Major a “real dodgy one”.

A staggering 5.8 Million viewers tuned in for last Wednesday’s series finale. Quiz was broadcast for 3 consecutive nights over the Easter weekend, but is now available to stream on ITV Player.

New gangster drama Gangs of London premiered on Sky Atlantic this week. It follows the life of Sean, a young man who becomes consumed with avenging his Father’s murder. Twists and turns intertwined with the International gangs in the capital make for a thrilling ride – It’s one not to miss. 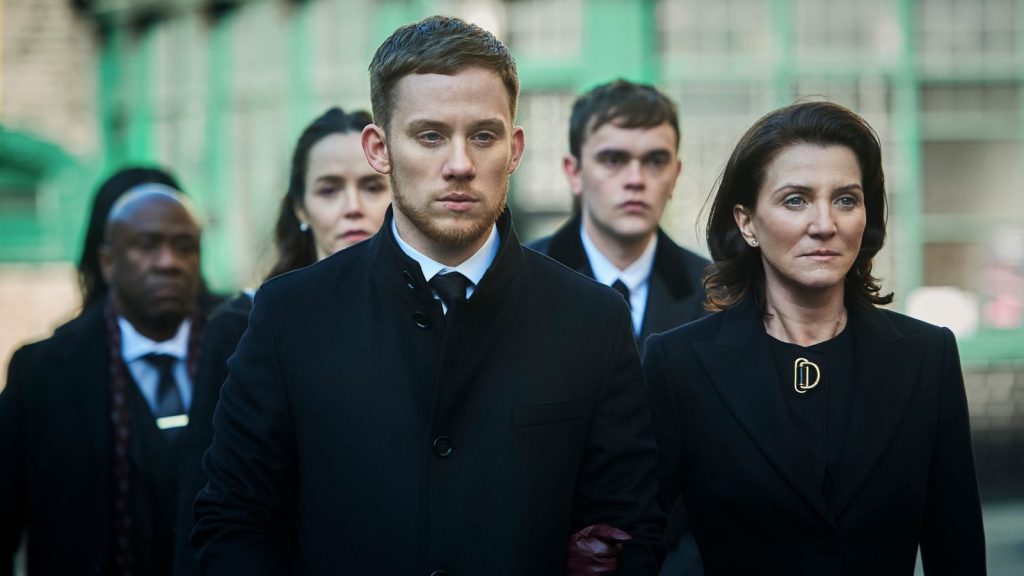 Gangs of London continues every Thursday at 9 pm on Sky Atlantic for the next 8 weeks.

Filmed in Glasgow, BBC thriller The Nest was a big hit on Sunday nights. Spread over 5 episodes, it followed the well to do couple Dan and Emily on their quest to have a family. The meet Kaia, a mysterious young girl, with questionable intentions to help Dan and Emily. When they enter into an agreement, events take a dramatic turn – did they make a mistake? 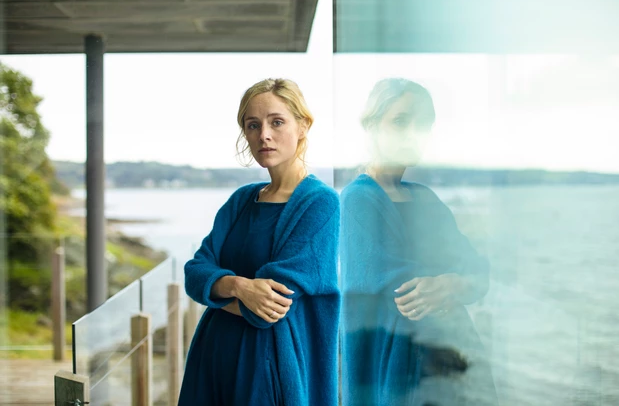 Sophie Rundle stars as Emily in The Nest. Image: BBC

All episodes are now available to watch on BBC iPlayer.

Originally a book published in 1932, Brave New world is an exciting spectacle that Mad Dog 2020 have been secretly working this past year.  Responsible for booking the superb Supporting Artists on this TV production was Senior Project Manager, Hattie Mark.

“Working on Brave New World was a lot of fun – and a lot of hard work! Filming was split between locations in and around London, and South Wales – which was challenging to say the least where continuity was involved – but I’ve spotted some of the locations in the trailer and they really look incredible – along with our amazing artists! Having read the book, it was great seeing some of those scenes come to life.”

“We worked with a wonderful AD team, who clearly really cared about the success of the series, and were amazing with our artists. We had a fantastic, committed set of SA’s on set, that made our jobs very enjoyable, and I was really pleased that some of them ended up with cast parts and scripted lines”

There is no official air date as of yet, but keep your eyes peeled.  We can’t wait for Brave New World to appear on TV screens soon.

The advantage of on-demand television means that audiences expect more terrific television to consume as soon as possible. Viewers demand to be hooked, captivated, shocked, and get lost in unpredictable worlds. Mad Dog 2020 are proud to have been a part of the above productions contributing to the spectacular age of the new age of golden television – we can’t wait to see our Artists in action!

We can’t wait to catch our Supporting Artists in action in this one, keep your eyes peeled! #MadDog2029Casting #SupportingArtists #Netflix #GeorgeClooney