Why we fall in love with period dramas 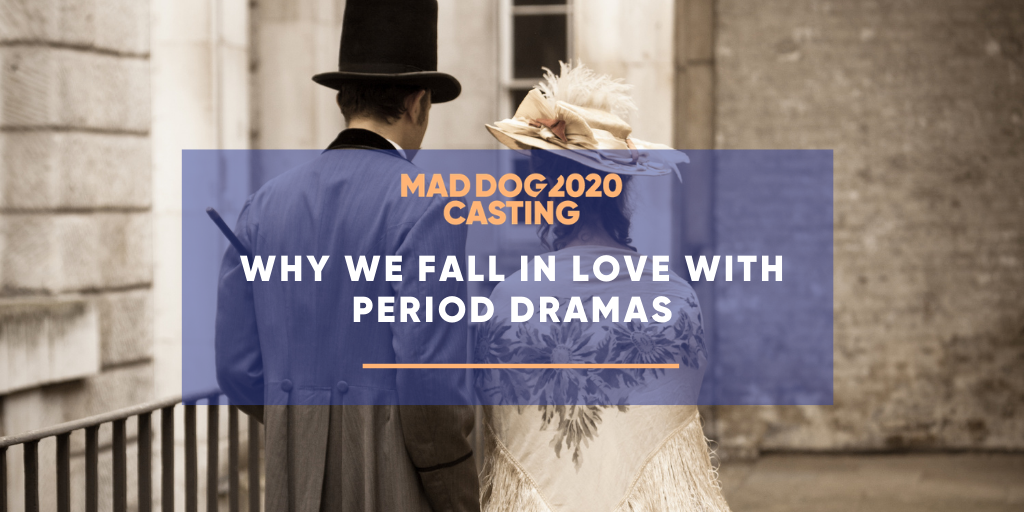 This week, Channel 5 unveiled the first look at their soon to be released period drama, Anne Boleyn. While only a few seconds long, the brief trailer gives audiences a glimpse at actress Jodie Tuner-Smith gracefully walking down an aisle in an all-black ensemble. The series is said to be the hottest drama since The Crown, and we can’t wait for it to arrive. With new series and films constantly in the works, it’s no wonder the genre has such a growing fan base, so what makes the period drama so lovable?

Period productions provide their audiences with everything from new characters, poignant historical figures and famed literary works based on both fact and fictional events. Audiences love to journey with characters over several hours whatever the story’s origin not just for the entertainment factor, but to brush up on their history too. The overall aesthetic, elaborate costumes, and incredible sets transport audiences to a different time, making us fall deep into the world we are experiencing on screen.

While we will never truly know how accurate shows based on historical events are, the thrill of discovering new information and possible secrets about historical figures and real-life people in history truly does entertain. Films are even used as teaching materials and history lessons in themselves, films such as Titanic, Hidden Figures and Dunkirk have all schooled us in some epic, now historical knowledge.

We all love the nostalgia that comes from reliving cultural, social and political events that we too remember from our own lives. Viewers become time travellers for a few hours, looking to spot cars, clothing and hairstyles on screen they once had themselves many moons ago. Dramas such as Call the Midwife, set in the 1950s conjures nostalgia for many. With its series set over a number of years, we uncover nods to evolutions in fashion, phrases and the way men and women have changed since then. Even those who weren’t yet born in the 1950s gain the nostalgia factor from watching the show, spotting household items their family members once owned and learning new facts about the world before their time.

We use film and TV to escape normality and walk through a new world in someone else’s shoes. While we can’t escape our weekly routines and commitments of real life, we can always rely on a great period drama to truly transport us elsewhere.

Nowadays a new mini-genre of period drama is emerging, and while it does not yet have a name, it’s a hit with audiences around the world. Mixing modern music with the backdrop of yesteryear is not a shocking sight to experience, this hybrid is a total hit. Peaky Blinders famously uses Arctic Monkeys and other rock legends to soundtrack its show and global hit Bridgerton has translated pop hits from the likes of Taylor swift into string quartet versions, accompanying its 1800s setting.

When it’s done right, juxtaposing music can really set the scene of our favourite film or series, injecting an element of something special that makes the production feel unique to nothing else out there. This unexpected alliance is surely here to stay and magnify in many more productions with time.

The Story and Characters

Often, a period drama will comprise of an epic love story combined with some truly lovable characters. While audiences may not be able to relate to 1800s life, the narrative and love for the characters are what pulls people in. We almost expect to see an epic love story unfold when there are bonnets and regency clothing involved, and there’s a reason why literary classics such as Little Women, Emma and Pride and Prejudice have been revamped and retold in recent years. The stories are adored, and will never go out of fashion.

If you’re seeking a unique period drama to add to your watch list, check out our streaming suggestions, which of course feature some of our superb Supporting Artists: