Is Casting an Invisible Craft? 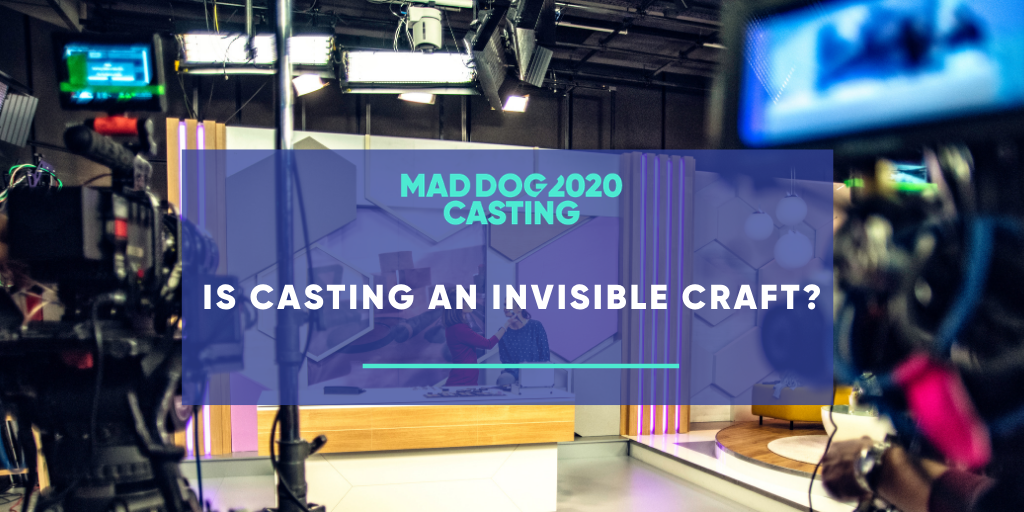 Awards season is in full swing, the BAFTAs, Golden Globes and Oscars have passed and we have witnessed successful virtual ceremonies while the world still navigates the global pandemic. This week, the industry focus shifted to television as the BAFTA Television and Television Craft Award nominees were announced.

Why casting is crucial

An important part of the pre-production process, having the right actors attached to a production can sometimes mean the difference between it getting green-lit or not. Casting the right people in the right roles is vital in not only making a production feel authentic to its time period and aesthetic but in securing the right person who can embody a character.

Announced in 2019, the first BAFTA for Scripted Casting was given at 2020’s BAFTA TV Craft Awards, going to Casting Director Des Hamilton for his work on Top Boy. Still the only major film and TV body to recognise casting, the craft is still an overlooked aspect of the filming industry. From leading cast to Supporting Artists, in film and TV, commercial or theatre productions, every role is meticulously matched with the right person to take on that role. Behind the casting process is always a person or team who have worked hard to ensure the right fit.

The Academy Awards, one of the most prestigious awarding bodies does not yet give out an award for casting. For years, Actors, Directors and Casting Directors have been encouraging this step to introduce new awards and highlight the importance of casting in a production:

Casting Director Lucy Bevan worked on Maleficent and most recently, The Dig. Speaking to the BBC, she stated her hopes for the future, “the Academy recognising casting in the same way it honours every other key contributor to film-making, which is a collaborative art form”.

The only Oscar to ever be awarded to a Casting Director came as an honorary award, going to Lynn Stalmaster, who worked on Fiddler on the Roof and Superman. The Oscar was given as a lifetime achievement award in 2016, since then, casting has remained in the wings, waiting for its big break. While the work Casting Directors do is being championed wider than ever before, the question still remains, is an Oscar for Casting coming soon?

What does the future hold?

There are no new accolades on the horizon just yet but we hope that in the not-too-distant future Casting Directors around the world will have their talents recognised formally by all awarding bodies. We can’t predict who will introduce a prize for casting next but we can’t wait to watch the BAFTA TV Craft Awards unfold this year. Not only did BAFTA recognise casting at its April film-focused ceremony, but we will also see the award for Scripted Casting given at their TV Craft awards in May.

As an Official TV Craft Partner, Mad Dog 2020 Casting will be live streaming the TV Craft Awards on our Facebook page on Monday 24th May.