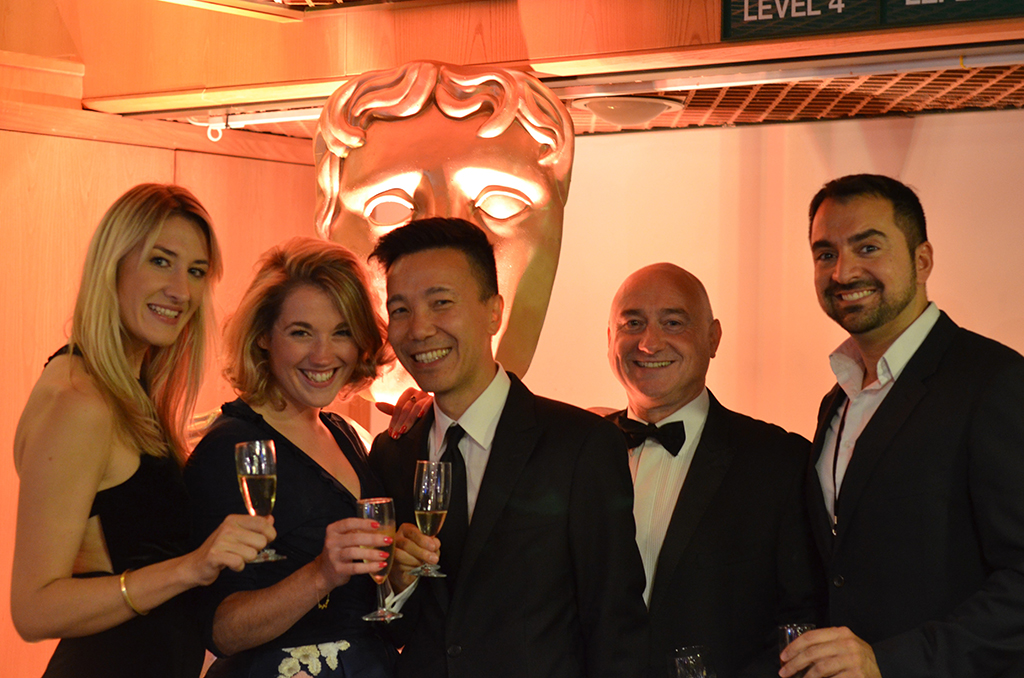 What a year it has been for Mad Dog 2020, having worked on the biggest film of 2016 Fantastic Beasts and Where to Find them with plenty of other highlights on film and TV.

One of the downsides of working in TV and Film production is that we have worked on films and TV a long time before they come out, and we  need to make a special effort to celebrate the productions which have come out in 2016 and which Mad Dog 2020 artists have worked on.

2016 Film releases and our Film Extras

Mad Dog 2020 worked on a number of smaller British films released in 2016, It seems to have been the year for films set in the 70’s and 80’s! Me Before You came out in early June based on the bestselling novel about a girl from a small town who falls in love with the recently-paralyzed man she is caring for. Notes on Blindness released in the summer is an emotional film based on Theologian and Academic John Hull’s experience of going blind in the summer of 1983. This has already won a number of plaudits at film festivals. Other British Films included Gloves Off, with a great British cast including Ricky Tomlinson, London Town also set in the 1980’s about the Clash, this was followed by Free Fire set in 1978 about gang warfare in Boston.

The big films this year were The Legend of Tarzan, Allied and of course Fantastic Beasts and where to Find Them. (Thanks to Kevin for arranging the Liverpool Screening of Fantastic Beasts.) This saw plenty of opportunities for supporting artists, including some featured opportunities. Mad Dog 2020 provided extras for the London and Liverpool shoots of Fantastic Beasts and are proud to have been involved with this blockbuster. Looking forward to next year we have already finished working on a number of big films including The Legend of King Arthur, and the long awaited Trainspotting 2.

TV Series around the UK, and our TV extras

TV saw an absolutely bumper year and Mad Dog 2020 have supplied artists around the UK for many of the biggest and best TV series, and are still looking for artists to join us in the North East, and North West, Scotland and Cardiff. TV Production in the UK is going through a golden era, the creativity and standards are high and the regions outside of London are benefitting because of broadcaster commitments to filming outside of London.

In Scotland we worked on the Award winning Outlander, and have worked on other series including the chilling series about Christie, Rilington Place, Clique the series which has been pitched as the next generation for “Skins” and a comedy which has had fantastic reviews and cunningly changed its name from Scrotal Recall to Lovesick!

Another great comedy Mad Dog 2020 worked on was Catastrophe, nominated internationally, this Award winning comedy is worth a look if you have not already seen it. London based productions this year included Chewing Gum, Taboo, The Jury, Wagstaffe and Zapped.

We continued to see many of the productions we have been involved in get nominated for awards nationally and internationally at BAFTA including Wolf Hall, This is England ’90, Cucumber, Catastrphe, and Emmies for Sherlock Holmes and Outlander. A special mention has to be made for Celebrity Juice, for the most outlandish briefs, and a thank you to those who are game for doing them!

TV series are too numerous to mention them all but the highlights included The Five, Paranoid, Victoria, Ordinary Lies, How to Talk to Girls at Parties, Broken, The A-Word, National treasure and The White Princess. Look out for the Christmas Special of the Windsors which some of you were involved with. There are also some amazing TV series in production currently and we are looking forward to the New Year to seeing the new raft of series with Mad Dog 2020 artists in.

And finally Commercials, the highlight this year had to be the epic production for Burberry, the Tale of Thomas Burberry but there were many including the zombie specialists who joined us to make the seasonal Halloween advert for Giff Gaff, getting a great featured role on Walkers Crisps, a large crowd of 500 on the Sun Bet Commercial and the indomitable Sheila who gave a great featured performance on this KFC Christmas Commercial! https://www.youtube.com/watch?v=oPwaeb1PDUE

Thanks to all the productions we have worked with this year and all of the Artists who have worked with us this year, wishing you all a great Christmas and a Happy 2017. We are looking forward to working with you all next year. The Mad Dog 2020 Team at their Christmas outing!