Spoilers: Love them or hate them? 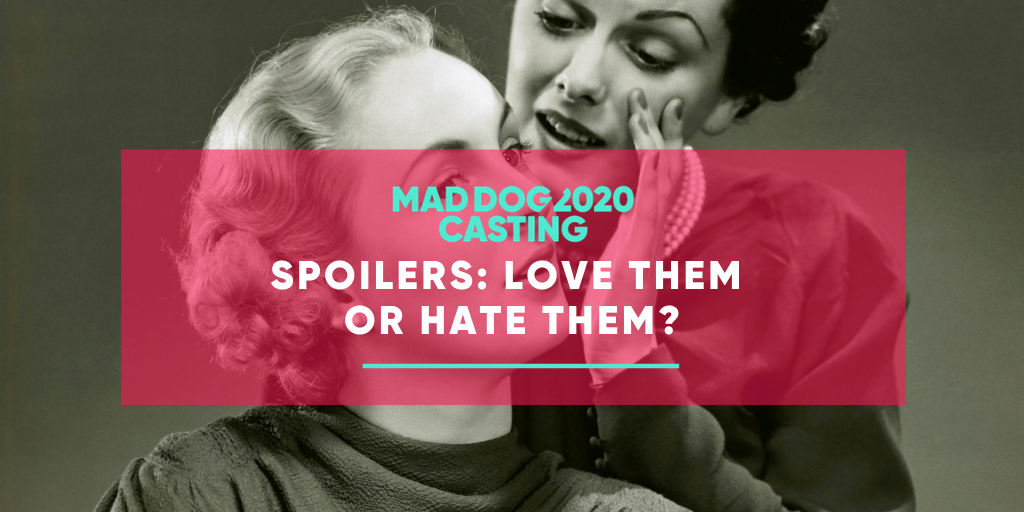 *Does not contain spoilers* There is nothing like the excitement of watching a highly anticipated series that the nation has been gearing up for, or finally seeing the latest big release in the cinema. The buzz that surrounds most talked-about series and sees audiences flock to the big screen is always a talking point. The love of film and TV is something people around the world have in common, but when it comes to spoilers audiences are divided.

Are spoilers a bad thing?

We have all been there, eagerly awaiting a TV finale, blockbuster or live event and happen to scroll across some major spoilers online. Some could argue that spoilers ruin the element of surprise and integral storylines, while others like to know exactly what they are in for.

Spoiler alerts are common in news articles, so typically we will get a fair warning if we are about to uncover information that may not yet be common knowledge. But why would audiences go looking for information that could literally spoil the surprise?

For most people it can come down to habit, they may have always sought out spoilers in anticipation of not wanting to wait. For others, it can simply come down to using the upfront information as an advantage to understand the plot. So, does this spoil the plot of a film or TV series or does it make it better?

In an Instagram poll this week, we asked our followers if they loved or hated seeing spoilers. A whopping 76% of voters opted for hate, revealing that the element of surprise is favoured by most audiences.

Our favourite TV series now premier in full on demand, leaving audiences the option to indulge in one of their favourite new past times, binge-watching. With this comes very accessible entertainment and vast information about it. If you are watching a brand-new show on the day of release, someone has likely already started, finished, and written about it before you’ve finished the first episode.

The accessibility of seeking spoilers, tidbits and plot outlines has been made attainable in seconds thanks to social media and the internet. In a world where online life is integrated into our everyday routines, it has become an almost unwritten rule for viewers to avoid social media platforms until they have watched the most talked about release. If not, they risk stumbling upon huge spoilers.

Is it really possible to escape spoilers these days? The answer is yes, but only if you try.

How to avoid spoilers for upcoming releases

What do you think? Spoilers, love them or hate them?